Justice for All1 December 2017 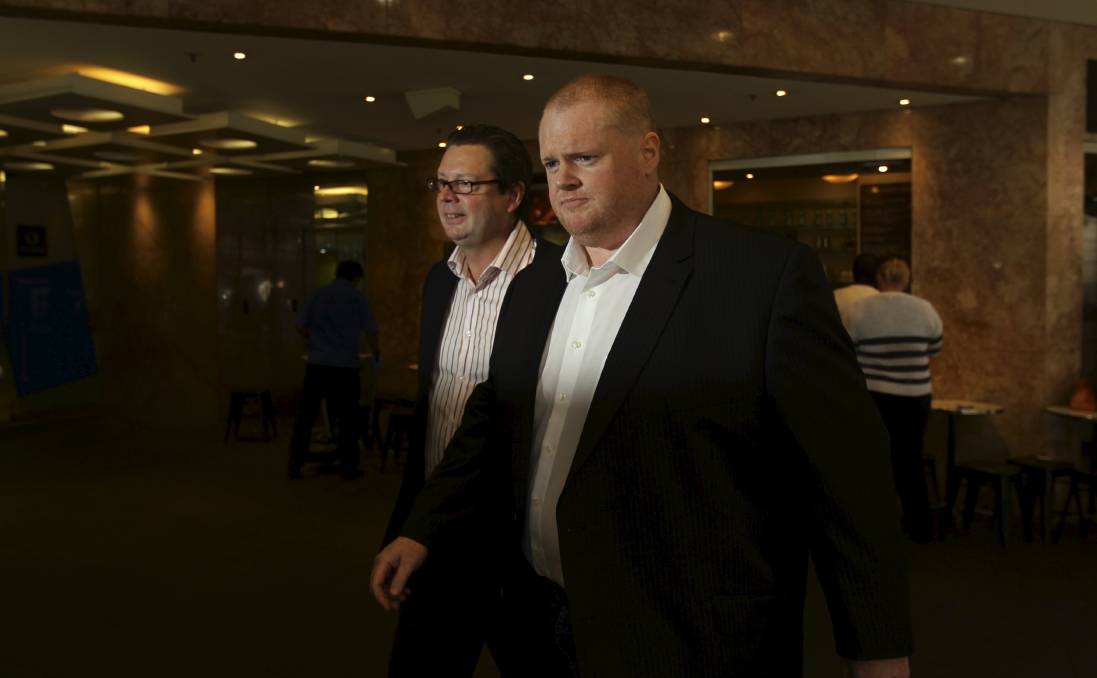 If Craig Ransley is right, the main reason he is not in prison is the change in approach that has taken place at the NSW Independent Commission Against Corruption.

ICAC found Mr Ransley corrupt in 2013 and later provided evidence to the NSW Director of Public Prosecutions that had been assembled during an inquiry known as Operation Acacia.

On Monday, District Court judge Peter Zahra found him not guilty of three criminal charges, carrying penalties of five years in prison, that were directly related to the Acacia findings.

The different outcome, according to Mr Ransley, is because just ­before his trial, the new com­miss­ioners running ICAC ­responded to a subpoena by providing “thousands and thousands of documents”. Among that material was a handful of exculpatory documents that Mr Ransley believes proved his innocence. “We won this case based on evidence,” he said. “That evidence was always in the possession of ICAC.”

The Acacia report, and the three criminal charges that were dismissed on Monday, had ­accused Mr Ransley of knowing that his company, Doyles Creek Mining, had submitted misleading information to a state government department as part of its application for a “training mine”.

In response to the subpoena, ICAC disclosed a document — previously unknown to Mr Ransley — in which changes had been made to the training mine application by John Maitland, who had chaired Doyles Creek Mining. Maitland has been jailed for aiding and abetting former mining minister Ian Macdonald in misconduct in public office over the creation of a coal exploration ­licence.

While Mr Ransley had been a director of Doyles Creek Mining, Judge Zahra said he had not been accused of acting with Macdonald and Maitland to engage in misconduct in public ­office.

“Ultimately I find that there is insufficient evidence to support an inference the accused knew in concurring in the publication of the training mine facility submission … that it contained a false statement,” Judge Zahra said.

ICAC’s Acacia report, however, says he agreed to the publication of false and misleading material and was corrupt.

The prosecution case was that Mr Ransley knew the application falsely claimed his company had a signed memorandum of understanding with Coal Services Pty Limited, an industry-owned company that provides services to the coal industry.

Mr Ransley said it was common ground that Doyles Creek Mining did not have such an agreement.

He said one of the documents disclosed by ICAC indicated that Maitland had removed the reference to Coal Services Pty Limited from a covering letter but residual ­references remained in the body of the application.

“It turns out that John as chairman, we found in these documents, had given instructions to the company lawyers to remove the words from the submission but they didn’t remove them,” Mr Ransley said.

“We don’t know where (ICAC) got it from, but they had it. John knew that it had to exist.”

Other material supplied in ­response to the subpoena related to the crown case that he knew it had been misleading to assert in the training mine application that the company had a partnership agreement with the Westpac Rescue Helicopter service.

Board documents from the helicopter service had already been tendered in evidence, but Mr Ransley said a more complete set of board documents had been ­produced by ICAC in response to the subpoena.

“One set of documents looked like there were things missing out of it, and the other set was real,” he said.

“And the real set included a board resolution of the finance committee resolving to sign the memorandum of understanding with Doyles Creek.”

According to Judge Zahra, the evidence suggested that “those within Helicopter Rescue Ser­­vices Pty Limited acted in the belief and presented themselves as having ­entered into a community partnership”.

After reviewing the evidence and the dealings between Doyles Creek Mining and the rescue service, the judge said he was unable to infer that Mr Ransley would have known there was no signed memorandum.

The Acacia report was very different. It found Mr Ransley was “intentionally dishonest or alternatively reckless” because he had agreed to publish false and misleading statements.

This is the second time the ­Acacia findings have not been ­endorsed by the justice system. ICAC also believed Doyles Creek Mining director Andrew Poole was corrupt but the DPP found there was insufficient evidence to charge him with any offence.