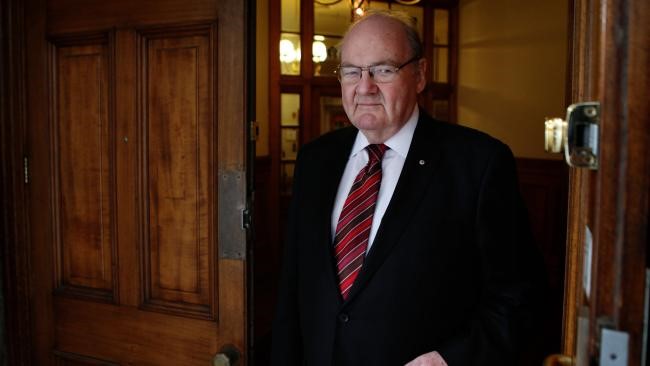 The International Commission of Jurists has urged the NSW government to reconsider its refusal to provide an ex gratia payment to former Labor minister Ian Macdonald so he can defend himself against criminal charges arising from decisions he made while in office.

The refusal to pay Mr Macdonald’s legal costs is a mistake that needs to be revisited, according to John Dowd, who is president of the Australian section of the ICJ.

He warned that the system of government would break down unless ministers could be confident they would receive financial assistance to defend themselves against legal action relating ­directly to their ministerial decisions.

Mr Dowd, who is a former Liberal attorney-general of NSW, said he believed it was wrong for the current Coalition government to reject Mr Macdonald’s application for ex gratia assistance to defend himself against charges of misconduct in public office.

Those charges, which are due to be heard in March, concern his decision to issue a coal exploration licence to a company then chaired by former union leader John Maitland.

“The principle is that every minister carrying out his function as a minister is entitled to assume that the state will provide legal advice and representation in the event of any proceedings being brought against him or her,” said Mr Dowd, who is a former judge of the state Supreme Court.

Because issuing coal exploration licences was “within the function and duty of a minister” Mr Dowd said there was a well ­established principle that any challenge — including an allegation of criminality — “should be covered not only by a government of his own persuasion but by every subsequent government”.

Mr Macdonald’s trial is due to start on March 14 but the Supreme Court will next week determine if it should be adjourned for an unknown period because he does not have the money to pay for a trial that could last months. He has also been denied legal aid.

Mr Macdonald has provided an affidavit to the court that estimates that, if he were given legal aid, he would need $252,000 to cover legal costs for a four-month trial and one month of preparation.

If his defence were funded privately, his solicitors have estimated it would cost between $600,000 and $1.5 million, the affidavit says.

He is not seeking a permanent stay and hopes to secure funding in order to clear his name at trial.

If that principle were to break down, he said ministers in the Australian system of government would be unable to do their jobs.

“They would have to be constantly protecting themselves by getting advice. And it would impair the function of ministers making very difficult discretionary decisions.

“This is the assumption upon which every minister does his or her job and it has always been so. Because you cannot do your job otherwise,” Mr Dowd said.

Mr Macdonald’s affidavit says his request for ex gratia assistance from the state government was based on government guidelines.

The application was rejected by Attorney-General Gabrielle Upton who this week declined to say whether she believed it came within the guidelines, which were drawn up by former premier Bob Carr and are still in force.

Clause one of the guidelines says applications can be lodged “where the relevant legal proceedings or inquiry arises out of or is related to the performance of a minister’s public duties or public official’s employment”.

Mr Macdonald’s affidavit, which was filed on January 21, says his application “explained that my decision to grant the exploration licence to Doyle’s Creek Mining was made within my ministerial discretion and determined on the written recommendation of the department”.