Skip to content
ICAC In The Press Politics The Australian 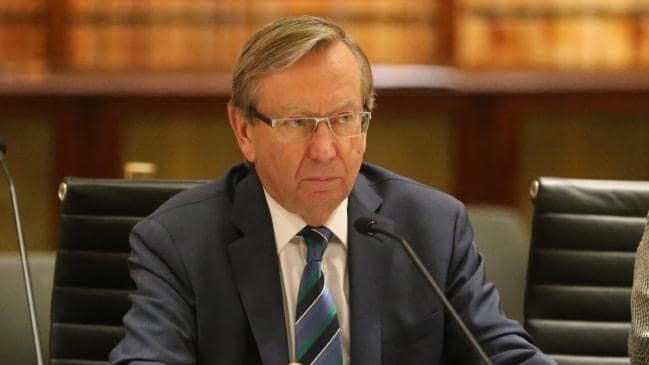 It has taken a while, but the NSW government’s anti-corruption agency is showing signs of having learned something from its recent history.

Initiatives unveiled by the NSW Independent Commission Against Corruption have the ­potential to change this agency’s procedures for the better. A chief executive is to be appointed and clear guidelines for ICAC staff have been issued on procedural fairness and the disclosure of ­exculpatory evidence.

These changes, which were ­required by statute, are the most significant developments since Peter Hall took office in August as ICAC’s chief commissioner, ­supported by two part-time ­commissioners, Trish McDonald SC and Stephen Rushton SC.

The key change, on the ­disclosure of exculpatory ­evidence, will help this organisation recover the community’s trust — if it is adhered to.

Nobody should ever forget ICAC’s record: in 2013 it misled parliament and later risked sending innocent men to prison ­because it withheld exculpatory evidence.

The other change — the appointment of a chief executive — could have been a landmark achievement. Instead, it shows that reformers inside Premier Gladys Berejiklian’s own department have lost an important ­battle.

First, the good news: clause 4.1 of ICAC’s new procedural guidelines for public hearings says: “Where the commission’s investigation includes a public inquiry, it will make available to an affected person exculpatory evidence in its possession.”

Take note of that bold ­approach. The new commissioners could have said ICAC “may” disclose exculpatory evidence. ­Instead they have seized the moral high ground and “will” disclose such material.

There is no wiggle room.

It depends, however, on whether ICAC’s internal procedures, which have also been tweaked, are sufficiently rigorous to reliably identify exculpatory evidence. This has not always been the case — which leads to the next issue.

Hall has declined to explain the changes but it looks like the person who is eventually appointed CEO might be chief executive in name only.

A well-thought-through plan to use this position as an internal check on idiosyncratic conduct has been emasculated.

Instead of being appointed for up to seven years — as proposed by parliament’s ICAC oversight committee — this person will have a job for just 18 months, with an option to renew.

What sort of chief executive would sign up for such a brief ­tenure?

This officer had originally been intended to take charge of day-to-day activities to free the commissioners to focus on their areas of expertise — legal issues and decision-making. This was the thinking of the Department of Premier and Cabinet and the oversight committee.

Two years ago, when the ICAC Act was changed to create the position of chief executive, the amendments said this officer would indeed take charge of the day-to-day management of the commission’s affairs. But they never explained what parliament meant by that phrase.

Some might consider that the day-to-day activities of ICAC are investigations into suspected ­corruption. Yet it looks like that entire subject has been removed from the direct responsibilities of the chief executive.

An advertisement for this position that has been posted online with a NSW government jobs site makes it clear that investigations will be someone else’s concern. It says: “Whilst responsibility for ­investigations will remain with the commissioners, the CEO will provide oversight of particular projects and functions allocated by the commissioners and will lead and direct the organisation’s corporate functions ensuring ­effective management frameworks, communications, governance and corporate systems and ­processes.”

In 2016, when the Department of Premier and Cabinet proposed creating a chief executive, it was supposed to be the key change in a structural separation that had been intended to ensure the commissioners would not be captured by ICAC’s institutional mindset.

The department told the parliamentary oversight committee it favoured a structural separation so the commissioners would ­become “a check against idiosyncratic decision-making”.

“Former judicial officers would be responsible for making legal decisions based on submissions, while an executive manager/CEO with management and administrative skills would be ­responsible for the day-to-day running of the organisation,” the department said.

That made perfect sense. What a pity some dodgy drafting in the bill that created the position of chief executive failed to give effect to the department’s thinking.

It could have created an internal system of accountability to help fill an obvious gap in the ICAC system.

NSW law does not allow the merits of ICAC’s findings to be tested on appeal, which means errors of fact remain wrong — and online — forever.

But a powerful CEO and more distant commissioners could have been early checks on misplaced zeal, also known as “noble-cause corruption”.

The shortcomings of the 2016 amendments mean Hall is within his rights to limit the tenure and responsibilities of the chief ­executive. That, however, does not make it a smart move.

When former premier Mike Baird told parliament about the amendments, he said they gave effect to a report by the oversight committee. If only that were so.

The committee — like the premier’s department — wanted more. It wanted the three ICAC commissioners to focus on ­“higher level decision-making” so the chief executive could focus on day-to-day decision-making.

The amendments make no ­reference to such a change to the role of the commissioners. That means ICAC’s chief executive might end up being little more than an office manager — unless Berejiklian fixes Baird’s mistake.

It is unfortunate that Hall’s positive stance in favour of ­disclosing exculpatory evidence will now be overshadowed.

In 2015, former emergency services commissioner Murray Kear was exonerated by magistrate Greg Grogin after he found that ICAC had withheld exculpatory material.

Grogin’s costs judgment in favour of Kear says he dismissed the charges because “the evidence in favour of the applicant was, I find, overwhelming”.

“The prosecutor failed to ­provide important records of ­interview of major witnesses to the Crown and these, I find, ­suggested the applicant might not be guilty,” Grogin said.

Kear, an innocent man, could have gone to prison because of ICAC’s misconduct. And he is not the only one.

Last November, when businessman Craig Ransley was cleared of ICAC-related charges, he accused the agency of withholding exculpatory evidence until after he had been charged with offences carrying penalties of five years in prison.

Parliament itself has also been misled. Two of the commission’s most important reports — from Operations Jasper and Acacia — failed to mention that ICAC held secret evidence from former premiers Kristina Keneally and Nathan Rees that would have weakened if not destroyed the narrative of those reports.

Hall’s guidelines have the potential to reduce the risk of similar abuses of executive power. But their beneficial impact would have been more certain with a strong chief executive at the helm.