Skip to content
ICAC In The Press Mining Politics 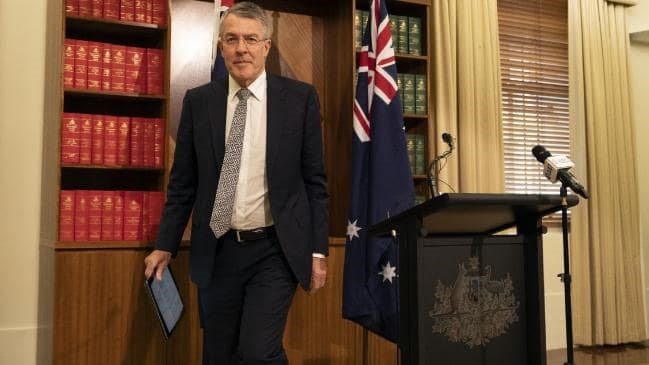 Mark Dreyfus’s plan to identify the best and worst features of the state anti-corruption commissions should focus the minds of those in NSW who persist in defending the indefensible.

If Dreyfus becomes the next federal Attorney-General and follows through with this plan, NSW will inevitably dominate his list of the worst aspects of the anti-corruption commissions.

At the top of the list is the NSW parliament’s decision to kowtow to bureaucratic misconduct by retrospectively validating the unlawful actions of the Independent Commission Against Corruption.

It’s still hard to believe this happened. But anyone who cares to examine the statute book will find something that says ICAC’s unlawful conduct is no longer unlawful. Wrong became right.

That is the effect of an abomination known as the Independent Commission Against Corruption Amendment (Validation) Act 2015. It deserves its place at the top of Dreyfus’s naughty list because it neutralised the long-term impact of a ruling of the High Court in favour of leading silk Margaret Cunneen SC. That decision revealed this agency had been exceeding its powers.

The Validation Act neutralised the legal rights of the victims of ICAC’s unlawful actions and prevented them obtaining declarations based on the High Court’s ruling.

To placate this agency and save its blushes, the parliament of NSW put itself on the wrong side of the rule of law. It will remain there until the Validation Act is repealed and the normal law, as expounded by the High Court, again prevails.

Second place on Dreyfus’s list should be reserved for the NSW parliament’s decision — again at ICAC’s suggestion — to expropriate private property worth millions dollars.

This is the effect of 2014 legislation cancelling coal exploration licences held by two companies, NuCoal Resources and Cascade Coal, before anything had been determined in a court of law.

The logic for the expropriations was twisted: these companies were stripped of their licences not because of anything they had done, or were even alleged to have done, but because of unproven allegations against others.

Even worse, parliament ignored ICAC’s suggestion that innocent parties should be compensated. Until they are paid for their lost property, this affair sends a very unsettling message: it means the NSW parliament prefers to side with a bumbling government agency even if it means attacking property rights and undermining the rule of law by preventing people going to court to enforce their legal rights.

Until compensation is paid and the normal law is restored, NSW deserves its place of dishonour.