Justice for All3 November 2015 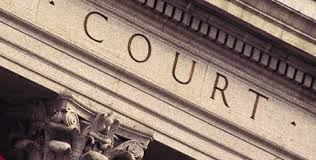 by: CHRIS MERRITT  : The Australian 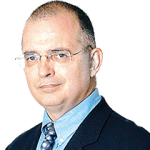 A second American company has vowed never again to invest in Australia because the NSW government expropriated its assets on the recommendation of the Independent Commission against ­Corruption.

After suffering massive losses because of the expropriation, Ventry Industries, an investment holding company based in western Massachusetts, has joined Boston-based Sparta Group in excluding Australia from all future investments.

“We will not invest in Australia again,” said Rob Roy, Ventry’s executive director.

“If there is no effective rule of law where you can go through due process, be heard, and be compensated if you are in the right, why would anyone invest in a country that doesn’t have a rule of law that is enforced?”

“To have something like this happen and to go after innocent shareholders who are helping to fund the economy of Australia — I don’t call it a mistake, I call it unbelievable.

“It’s very unfortunate, but I think it can be rectified. The ­(Australian) federal government needs to step in and see what they can do.”

Ventry is a major shareholder in Australian company NuCoal Resources whose coal exploration licence — its main asset — was cancelled last year by the NSW government, triggering a collapse in NuCoal’s share price.

Like Boston’s Sparta Group, Mr Roy said Ventry believed this amounted to a breach of the US-Australia Free Trade Agreement and his company was working with US law firm Quinn Emanuel Urquhart & Sullivan with the goal of winning compensation.

“That’s the route we are taking to resolve this — a negotiation between the governments,” Mr Roy said. “We are not going to stop because this is just not right. We are not about to give up on our rights.”

NuCoal estimates that the expropriation cost all the company’s US shareholders a total of $120 million.

The free-trade agreement bans the expropriation of US assets in Australia unless it is done with “due process of law” and is followed by “prompt, adequate and effective compensation”.

While the federal government is a party to the treaty, the expropriation was undertaken by NSW — which is not bound by the ­treaty. It was not based on a finding of wrongdoing by a court and relied instead on a recommendation from ICAC — a government agency not bound by the rules of evidence.

ICAC found NuCoal was innocent of wrongdoing and that was affirmed last month in judicial review proceedings in the NSW Supreme Court. But former premier Barry O’Farrell rejected ICAC’s recommendation that innocent parties should be compensated.

“When the information came out about corruption in the government, that surprised us but we did not think that would cause us any issues — that they would in fact pursue the guilty individuals and not revoke the licence,” Mr Roy said.

“We had a legal opinion that the licence was valid.”

Ventry, which is a family-run investment vehicle, had directly invested about $US5m in NuCoal and had a smaller indirect holding. It held about 2.3 per cent of NuCoal’s shares.

It bought into NuCoal when the shares were worth between 41c and 20c and they are now worth less than a cent.