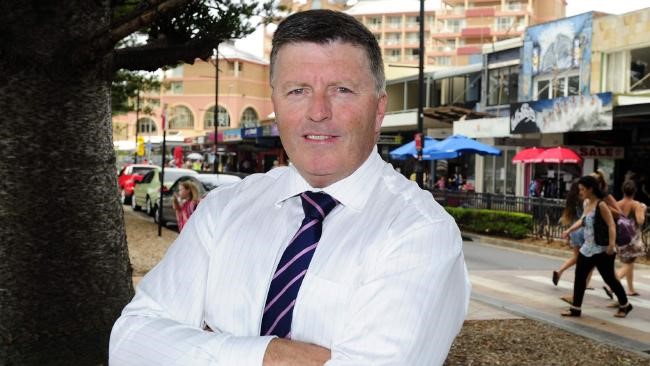 One of ICAC’s highest-profile scalps, former NSW police minister Michael Gallacher, is set to return to the Baird government’s frontbench following the state corruption watchdog’s surprise move to back down in its corruption investigation over electoral donations.

The NSW Independent Commission Against Corruption is at risk of a fresh onslaught of legal challenges after Mr Gallacher, along with four of the 10 MPs forced to resign over its political donation probe, were told no corruption findings would be made against them.

Four others were also advised they had been cleared of ­adverse findings.

ICAC sent a letter to dozens of former politicians and Liberal Party members who have been under investigation for alleged involvement in funnelling illegal donations from property developers to the Liberal Party, advising 12 of them that they would not face corruption findings.

A senior Baird government source said last night that if ICAC formally withdrew its investigation against Mr Gallacher and he was exonerated, the Premier would move to restore him to the ministry.

Mr Gallacher, the only Liberal still in parliament among the 10 who were suspended or expelled from the party because of the ICAC inquiry, has always ­denied any wrongdoing.

The man ICAC alleged to be the mastermind of the scheme to funnel illegal property developer donations to the Liberal Party, former energy and resources minister Chris Hartcher, who strongly denied the claim, has had allegations against him substantially downgraded, with ICAC now pursuing him for his conduct in dealing with a $4000 donation. ICAC has also apologised to Mr Hartcher for incorrectly claiming he was involved in payments to a radio broadcaster.

In the lengthy document, sent on Friday and obtained by The Australian, ICAC explained it no longer had the power to make a corrupt finding solely on the ­alleged breach of the election funding laws following the High Court’s ruling on prosecutor Margaret Cunneen’s case and the subsequent NSW government’s legislative changes that mean ICAC has the power to make findings of serious corruption only, not corruption alone. Investi­gations can be broader.

None of the former MPs was permitted to speak yesterday, ­silenced by ICAC. Mr Gallacher did not return calls yesterday.

Mr Hodges said while he was eager to move on with his life, which had been derailed by ICAC’s investigation, the option of legal action was being considered. “Certainly, it’s been discussed within the circle of people who have been affected over many months,” he said.

“Any role that I wanted to apply for within the government sector or interstate, you’re basically blacklisted. I’ve had to go back to managing restaurants from a political career. It’s taken an enormous amount of strength to get through, especially when you can’t discuss anything to do with the investigation with your family or friends.”

A Liberal source said many were considering legal options. Sources close to Mr Gallacher, who stepped aside as police minister in May last year pending the inquiry, said he had not made up his mind on whether to pursue legal action against ICAC.

Before stepping down during the ICAC hearings, Mr Gallacher was the leader of the government in the upper house, a position now occupied by a Nationals MP, Roads Minister Duncan Gay.

Theoretically, he could return to that position without returning to cabinet, which would save the need for a reshuffle.

A spokesman for Premier Mike Baird would not comment on any return to cabinet by Mr Gallacher, saying he would wait until the report was presented to parliament.

However, he hoped it could be resolved as soon as possible for the sake of all involved.

He refused to comment on the effect of the legislative amendments that in part led to the corruption investigations being dropped.

The changes were made after a report by former High Court judge Murray Gleeson and Bruce McClintock SC.

Long-serving Liberal upper house MP Charlie Lynn, who retired from parliament in March and thus was able to speak freely, said even if Mr Gallacher and others pursued legal action against ICAC or sought financial compensation, it would not “heal the scar of the trauma” they had ­endured.

He said Mr Gallacher’s experience with ICAC highlighted “the excessive abuse of power by faceless bureaucrats, keystone cops and wannabe celebrity lawyers … I don’t think any amount of compensation or grovelling public apology could heal the wound of what these people have suffered.

“Mike Gallacher needs to be put back in the cabinet straight away,” he said, and it was time Mr Baird asked for ICAC head Megan Latham’s resignation.