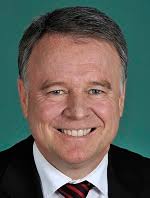 Mr FITZGIBBON (Hunter) (16:06): I rise today in support of the 500 people in my electorate who had shares in the listed company NuCoal. People will be surprised by me raising the issue of NuCoal, because members would know NuCoal bought a mining lease in my electorate from a now discredited company called Doyles Creek. The Doyles Creek venture was subject to proceedings in the Independent Commission Against Corruption in New South Wales. The history is well known, and people have been convicted on the basis of arrangements that were in place for Doyles Creek. NuCoal bought the lease which was going to be operated by Doyles Creek in 2009 and subsequently had its property expropriated by the New South Wales government as a consequence of the proceedings in the Independent Commission Against Corruption.

While I make no judgements about the finding of ICAC or even the actions of the New South Wales government in the expropriation, because I simply don’t know enough about the technicalities and enough about the history, my point is that my shareholders in my electorate have lost their money, basically, and, in some cases, a considerable amount of money. NuCoal’s only crime, as I understand it, was to buy a lease which later became subject to ICAC proceedings and it could not have had any knowledge that those ICAC proceedings would take place so long after the event. But certainly the mum-and-dad shareholders who bought shares in NuCoal could not have foreseen that event and would not have bought shares in NuCoal in any way on the basis of what had happened when the lease was under the control of Doyles Creek.

I also have great sympathy for the contractors who lost their money as a result of events surrounding Doyles Creek. So I do make the appeal today to governments at all levels to consider the plight of the people who have lost their money after investing in NuCoal. I know this is a question which also now has the interest of the United States government, because some 20 per cent of shareholders in NuCoal live in the United States, and there are suggestions that this breaches Australia’s free trade agreement with the United States of America, and that gives the Commonwealth government an interest in this matter.

But my appeal today is on behalf of the shareholders who have been adversely affected, and I call upon governments of both levels to consider their plight, a plight that flows from an expropriation by a government without compensation.