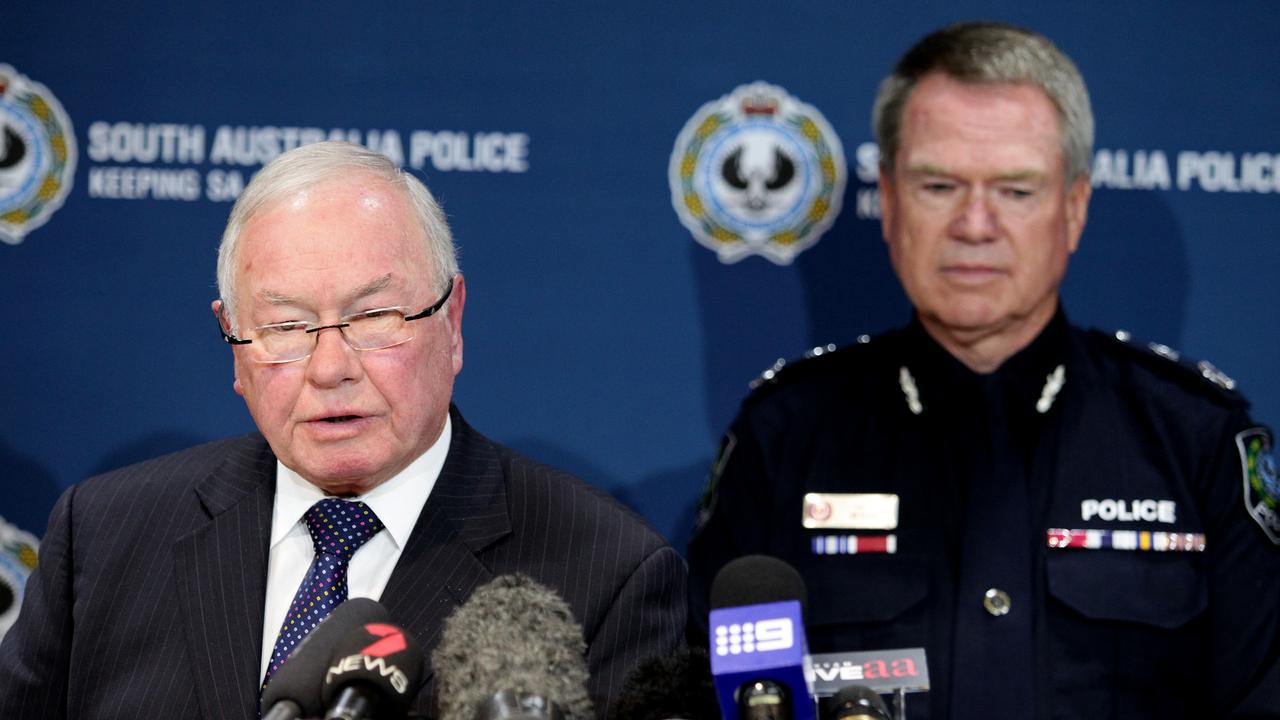 The arrests were the result of an investigation known as Operation Bandicoot that had been led by Lander and which had been undertaken jointly with the anti-corruption branch of the South Australian police.

Apart from inflicting reputational harm on innocent police ­officers and triggering legal costs worth millions of dollars, Bandicoot achieved nothing.

A total of eight police officers were eventually arrested over what was thought to be the theft of property seized from crime scenes. All eight have either been acquitted or have had the charges against them withdrawn.

But something of value has emerged: South Australia’s current ICAC Commissioner, Ann Vanstone, has recognised that public hearings conducted by ICAC in NSW damage reputations and there might be a case in NSW for an exoneration protocol.

Operation Bandicoot’s “unlucky eight” remain serving police officers but Mark Carroll, who is president of the South Australian Police Association, says not all of them have returned to work.

He cited a statement from one of the officers that says: “This has emotionally, physically and financially destroyed all of us. It has ­ruined marriages, it has ruined ­relationships, destroyed our self-esteem and self-confidence. And it has totally destroyed our faith in the organisation.”

Lander has now left office but his appearance before parliament in December last year was serendipitous. It came soon after the Legislative Council decided to conduct an inquiry into any harm inflicted on innocent people by ICAC investigations and associated prosecutions.

Like a similar exercise in NSW, the South Australian inquiry will consider whether “exoneration protocols” are needed to provide redress.

SA Best’s Frank Pangallo, who chairs the inquiry, expects to call a former police commissioner and a District Court judge who was involved in another ICAC matter when she was still at the Bar.

One of the key issues will be the fate of an audit report on seized property that had been finalised by the police audit branch months after the arrests. Pangallo told parliament in December it had not been voluntarily disclosed to the prosecution or the defence during the criminal trials.

“Had it been disclosed from the outset, it would have blown the investigation to smithereens because, as one officer stated … ‘there was no evidence of offending but only what 99 per cent of other officers were doing that were accepted practices’,” he told parliament.

Also on the agenda is Lander’s 2014 press conference, which was conducted jointly with Gary Burns, who was then police commissioner.

Pangallo has tabled a letter in which the Police Association’s Carroll says they made comments that “invited the viewer or reader to infer that these police officers were all guilty of criminal offences of stealing from crime scenes”.

“It is disturbing that these two individuals completely disregarded the presumption of innocence and placed SA Police and the ICAC in a position from the outset where the matter would need to be prosecuted to its conclusion whatever the evidence was,” says Carroll’s letter, which was addressed to the Crown Solicitor’s office.

Lander, who is a former judge of the Federal Court and the Supreme Court of South Australia, has a different view. After examining Carroll’s letter this week, he says the public has a right to know when police officers are arrested.

He believes nothing was said that would support Carroll’s assertion that the matter would need to be prosecuted to its conclusion whatever the state of the evidence.

And while Lander was in charge of the investigation, he points out that prosecutions are the responsibility of the Director of Public Prosecutions.

A number of institutions had a hand in the Bandicoot affair and Pangallo’s inquiry is broad enough to cover them all. ICAC and the police anti-corruption branch are just the beginning

This inquiry also extends to harm to the innocent from prosecutions that follow ICAC investigations. That covers the prosecutors who assessed the evidence and even the procedures of the courts.

Ann Vanstone, who is Lander’s successor as ICAC commissioner, is unsure why the inquiry is focusing on ICAC, as she is unaware of any evidence the commission has abused its power.

She says some might feel ­aggrieved after being investigated by ICAC but the need to avoid reputational damage is the very reason her commission’s hearings are in private.

“They must be in private, unlike NSW where of course they are in the public arena and plainly reputational damage is inflicted there,” Vanstone told parliament in December.

“We don’t make findings against anyone in the corruption area. We just investigate. The NSW regime is quite different.

“They can actually make findings of corruption against someone that stand. Even if that person goes on to trial and is acquitted, that finding of corruption stands.

“Of course, in that context, there has been discussion of exoneration protocols, but that is a very different system to ours,” Vanstone told parliament.

This week she again pointed to the protections for individual reputations that are part of the ICAC in South Australia. She also came close to endorsing an exoneration protocol in NSW, an idea backed by the Rule of Law Institute.

“The NSW model is starkly different. There, a finding of corruption by the ICAC stands, even if followed by an acquittal in the criminal court. In those circumstances there might be a viable ­argument for an exoneration protocol,” Vanstone says.